Deborah (Dĕbʹ ô răh)  - found in the book of Judges, was prophetess and 4th judge of Israel.  She judged Israel for 20 years under the rule of the king of Hazor. Deborah roused the people from their lethargy. Her fame spread far and wide and she became a “mother in Israel” and “the children of Israel came up to her for judgment” as she sat in her tent under the palm tree “between Ramah and Bethel. She organized and army of 10,000 men of Zebulun and Naphtali, and lead them to Mount Tabor where they gained a great and decisive victory after which the “song of Deborah” was written.  After Moses, only Samuel filled the same combination of offices: prophet, judge, and military leader. 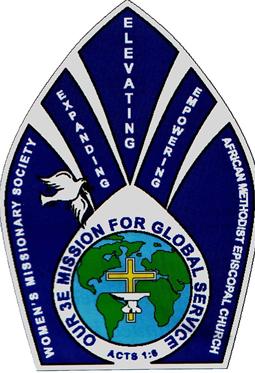 The Deborah Women’s Missionary Society of Ebenezer, is a part of the greater Women's Missionary Society (WMS) of the African Methodist Episcopal Church (AMEC).  The WMS  is an international faith-based, Non-Governmental Organization (NGO), granted Special Consultative Category II Status in 1985 in partnership with the United Nations Economic and Social Council. The connectional WMS is composed of over 800,000 members located across four continents in thirty-two countries.

The Deborah Women's Missionary Society is an outreach and service ministry of the church, committed to the work of missions locally, regionally, nationally and abroad.  Men may join as associate members of the society  For more information see Sister Angelica Garay or email WMS@EbenezerAMEChurch.com